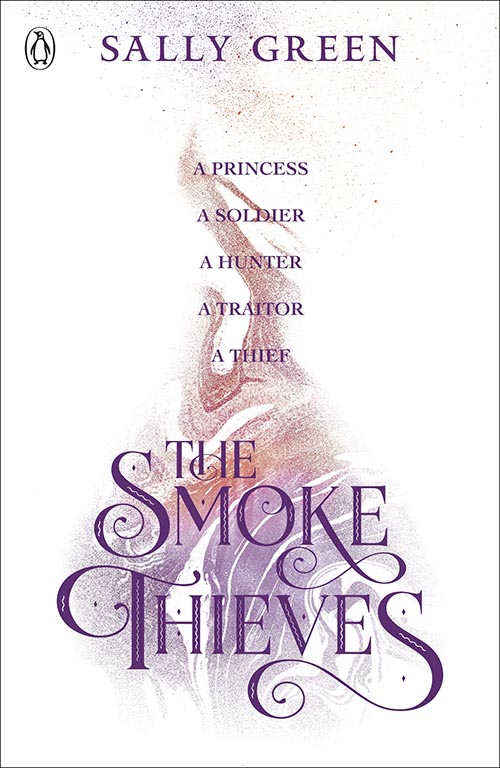 A princess, a traitor, a soldier, a hunter and a thief. Five teenagers with the fate of the world in their hands. Five nations destined for conflict. In Brigant, Princess Catherine prepares for a political marriage arranged by her brutal and ambitious father, while her true love, Ambrose, faces the executioner's block. In Calidor, downtrodden servant March seeks revenge on the prince who betrayed his people.

In Pitoria, feckless Edyon steals cheap baubles for cheaper thrills as he drifts from town to town. And in the barren northern territories, thirteen-year-old Tash is running for her life as she plays bait for the gruff demon hunter Gravell. As alliances shift and shatter, and old certainties are overturned, our five heroes find their past lives transformed and their futures inextricably linked by the unpredictable tides of magic and war.

Who will rise and who will fall? And who will claim the ultimate prize?

This is being compared to Game of Thrones, and in many ways I can understand why.

We have a fantasy land controlled by rival kings, one of whom is particularly brutal. There is a good-hearted but illegitimate prince about to meet his father (whose legitimate children have recently died), and a princess who is being used as a pawn to win a kingdom. We have a feisty young demon hunter who is used to lure out demons so that her master can kill them to catch the mysterious smoke that escapes them upon death. And the powers that this smoke holds are just being uncovered.

All that said, it is an exciting story set around young people who are embroiled in a fight for survival in a rather scary and somewhat mystical world.

I thought the story and characters were engrossing, but the use of the some obscene language in an seemingly historical world was probably a bit out of place. Many teenagers, who are the target audience, will love this story.

It is best suited to those in Year 9 and above.