The Super Life of Ben Braver 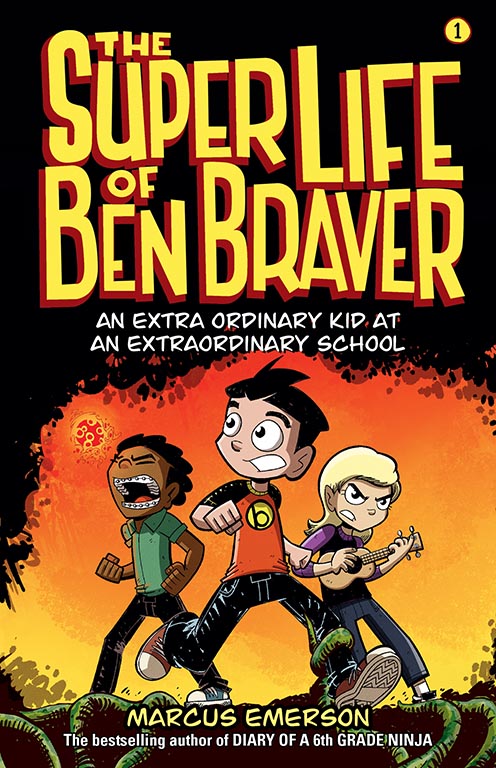 Ben Braver is an ordinary kid living, well, an ordinary life... So when he's chosen to go to a secret school for kids with super powers, he sees it as a chance to be special. He's hoping his super powers will kick in soon, but it's not looking promising...

Then he discovers the bully from his old school is at his new school as well, and things just get worse. And then a strange sickness spreads through the school.

Can Ben solve the mystery of the zombie-like infection? And will his super powers ever show up? A funny and action-packed new series from the author of the bestselling Diary of a 6th Grade Ninja.

Ben Braver is an ordinary kid doing ordinary things. That is until he is whisked away to a secret school for students with super powers.
But what is his power and how is he going to find it?

Ben is a wonderful character that you will fall in love with. There is a mystery running through the story, along with lots of laughs that will keep you entertained.

This is an action packed, hilarious novel that will perfectly suit all those readers who ever wanted to be a super hero (so basically all of us!).

Both boys and girls in Year 4 and up will enjoy this one.