The Truth About Alice 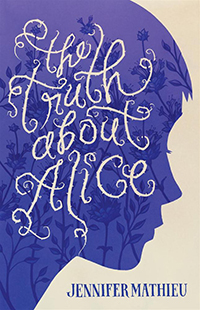 It all started at a party when Alice supposedly was with two guys in one night. But when one of those guys died in a car crash, the rumours exploded into serious allegations that his death was Alice's fault. Now the one friend Alice has in her suffocating small town may be the only other person who knows the truth - but he's too afraid to admit it.

This is one very powerful story that anyone who has ever spread a rumour about someone should read!

Rumours are harmless fun, aren't they? Well not for Alice…

Set in the small American town of Healy, where everyone knows everyone else’s business, when rumours about Alice start and grow a life of their own they are devastating. Once a popular girl, Alice now finds herself alienated and alone, deserted even by her best friend.

When Alice rejects the popular Brandon Fitzsimmons he decides to get back at her by spreading a rumour that Alice she slept with him and another guy on the same night. But before the truth can come out, Brandon dies in a car accident. To make matters worse, the only other person in the car, Brandon’s best friend Josh, blames the accident on Alice.

As the vicious rumours take on a life of their own, Alice finds herself more and more isolated. But those spreading the rumours seem to be more worries about their own social status than the im-pact their rumours are having. Can Kurt, the only friend that Alice has left, be the one to help her through, or is Kurt just like all the others?

A great read for both boys and girls but, given the content, is best suited to those 16+.