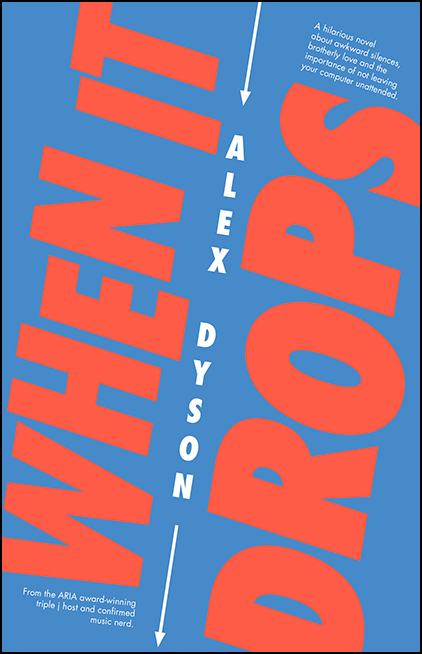 Caleb Clifford has earbuds, not real buds. And he prefers it that way.

1. They always give him what he wants to hear.
2. He can adjust the volume.
3. If things get tangled, it's relatively easy to straighten them out again...

Sixteen-year-old songwriter and aspiring social outcast Caleb Clifford fills his world with music, but – like most things – keeps his songs to himself. That is until his little brother leaks Caleb's most personal track online; a track that's quite obviously about his secret crush. Having his innermost feelings (accompanied by a funky bassline) go viral is not Caleb's idea of a good time. But is this the end of everything, or the start?

Caleb is an awkward teenager, with few friends, who keeps to himself. High school has been a tough ride for him, and having to deal with the death of his Dad and the grief associated with it, has not made it any easier.

Caleb’s one escape is his music, which has always been private, until his little brother gets his hands on it… Suddenly, Caleb’s inner-most feelings about Ella, the girl he has always liked, are laid bare for everyone to hear—including Ella. How is he ever going to get over this?

But the world can work in mysterious ways. Could this be the big break that he never saw coming? Or will it really turn out to be the disaster that Caleb is sure it will be?

Caleb is a character who you will absolutely love and feel for. What he goes through is so relatable, and most teenagers will be able to resonate with him in some way, and feel his lows and his highs. Whilst Caleb’s journey and his challenges are the central themes of the book, it does also touch lightly on themes of underage drinking, as well as sexuality through Caleb’s friend Miralee.

Overall, this is a story about growth, acceptance, confronting the past, friendship, family, grief and resilience, and as there are some mature themes and swearing, it will be thoroughly enjoyed by all teenagers 15 +, but it is sure to strike a chord with teenage boys in particular.